What happens when you’re approached by a couple of high profile rappers that want to produce a video on a shoestring budget? You sell the idea to Chevy and incorporate product placement into the execution. We cut a two-minute video that aired on MTV and then cut it down to make a 30-second version that aired as a commercial. 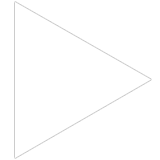